When Gareth Southgate talks about England “making their own history” it often sounds like a buzzword, but at Wembley this afternoon, his players turned an idea into a reality in the most profound and thrilling way imaginable.

Everything was on the line here: England’s passage into the quarter-finals, a potentially manageable route back to Wembley, but also this whole phase of the Southgate project. This new model army of his — all control, no risks — is a bet that the results will justify the performances. If this was not the biggest game of Southgate’s tenure, it was the biggest test.

If England lost here the public might feel that the past three years since Russia had been wasted, and that even those three group stage games were a missed chance to have fun.

Southgate will have never won a bigger bet in his life. It is almost impossible at this point to imagine a bigger vindication than this, not just for this week’s decisions and tweaks but for everything Southgate has done in his six-year tenure. Everything that felt provisional or on the line before today — Southgate’s coaching, his tactics, his capacity to beat top teams, the 3-4-3 — now feels paid out in full.

And any questions about the public’s relationship with Southgate, their understandable clamour for their favourite players, their suspicion about the tactics were answered by the sight of a swarming sea of white shirts in the south stand when those two goals went in. This Wembley has never had a game like this, like those that the old ground did. And the fact that the stadium was not quite full felt almost instantly irrelevant when the celebrations started. This was still an immensely communal experience, of a sort that has been impossible for the last 18 months. And it showed that if England keep winning, public complaints about tactics or style will melt into the air.https://theathletic.com/report/podcast-clip?clip_id=4098

There have been a few moments this tournament when Southgate has made a surprise or unpopular call, only to be proven right by events on the pitch. It happened against Croatia, when he stuck with an in-form Raheem Sterling who scored England’s only goal. It happened against the Czech Republic when he promoted Bukayo Saka into the team ahead of more experienced team-mates, and Saka tore into the opposition to set up another England win.

But these selection decisions pale into triviality compared to the huge call Southgate made against Germany — to give up the 4-2-3-1, the only system he had played in 2021, the system that gets four attacking players onto the pitch and heralds, in theory at least, goals.

Southgate discarded it and replaced it with the 3-4-3, the system he had worked with last autumn, back when England played a long series of behind closed doors games which, at the time, just felt like a pointless exercise in putting games on TV. But those games gave Southgate the chance to experiment, bringing Kyle Walker back into the right of the back three, giving his team more control while still creating just enough up front. When England beat Belgium 2-1 at Wembley in October it gave them a template.

So Southgate went back to the 3-4-3, even if it meant dropping public favourite Jack Grealish in favour of an extra defender. He was betting on control, matching up Germany’s system, and pressuring them man-for-man all over the pitch. Judging by social media, it was the most unpopular decision Southgate has ever made. Judging by the match, it was the best. 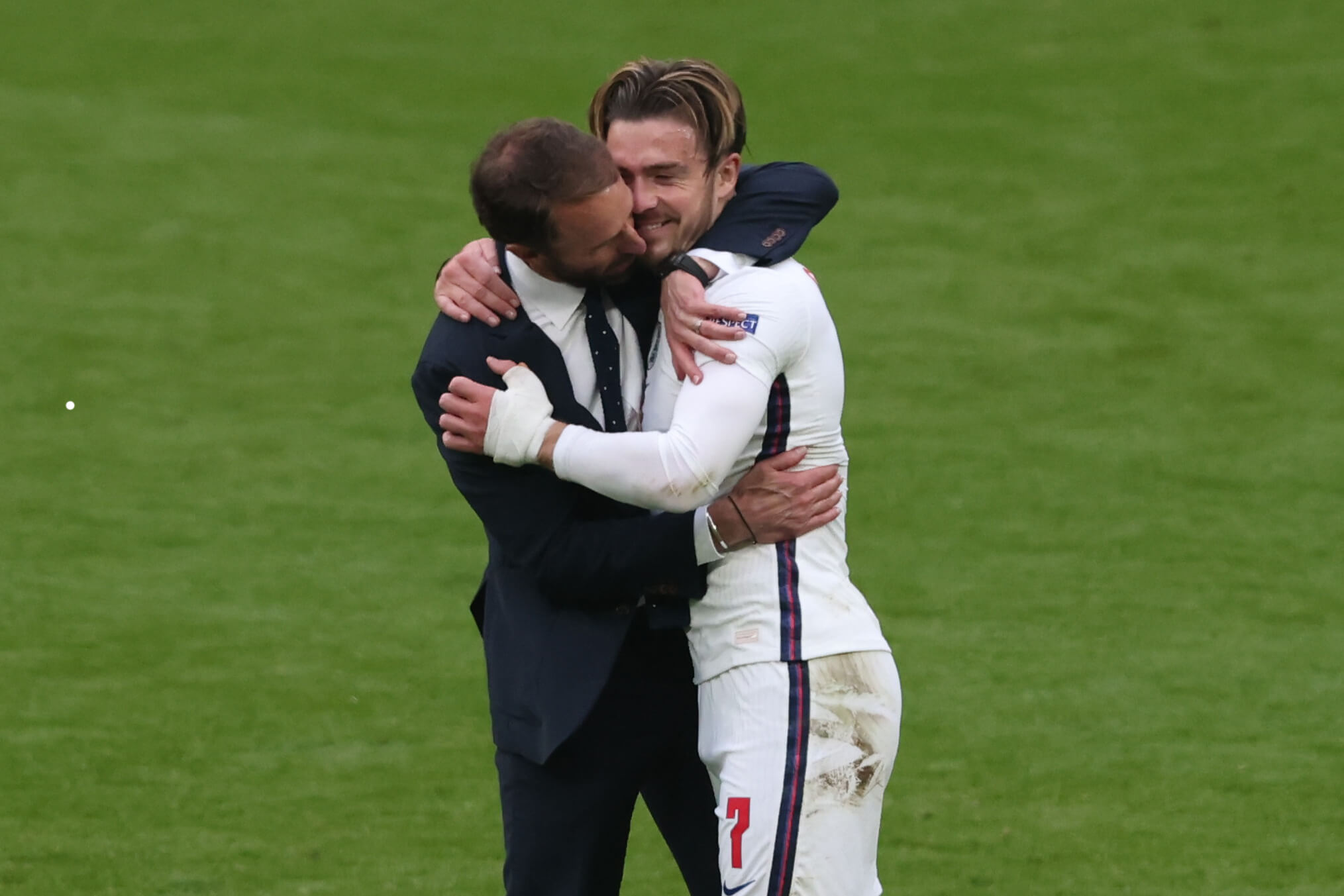 After a shaky first 10 minutes, when England looked like rabbits caught in headlights, too respectful of Germany and far too deep, they seized control of the game. They pushed up the pitch and were happy to defend on the halfway line, denying that space for Thomas Muller and Kai Havertz to drop into. And the tone was set clearest by Harry Maguire. He is a player who the England fans buy into, into the way he does everything with such ringing emphasis. When he won two thumping challenges against Muller, one after 17 minutes, another five minutes after that, the crowd sensed that something was changing.

Not everyone would have played a back three but the beauty of having Walker next to Stones and Maguire is that he is quick enough to defend against pace in behind. When Timo Werner and Havertz tried to catch England out, Walker was always quick enough to stop them. Walker’s great gift to England — and to Manchester City — is that he allows his team to defend aggressively but never dangerously.

Pushed higher up the pitch, Luke Shaw and Kieran Trippier could pin back their German counterparts and England could camp in threatening parts of the pitch. England, just as Southgate had intended, had taken control of the game. The system had done the first part of its job. But the challenge, given the players England had, was to create chances from open play. When Kane failed to convert at the end of the first half you could be forgiven for thinking the goal was never going to come.

But as good as the first half was for Southgate and England, it was nothing compared to what came next. If the first half was chess, all about precise movements and distances, the second half felt like ice hockey by comparison. Players started to tire, systems lost their structure, and space opened up all over the pitch. The quality dropped, the tension rose, and it felt throughout as if something — a goal, a red card, or who knows what — was about to happen.

And this was when Southgate introduced Grealish. It might have been more popular to do it sooner, but this was the perfect time with Germany tiring and more space opening up. Grealish was welcomed by the crowd as a conquering hero and within minutes he had helped England into the lead. Sterling to Kane to Grealish to Shaw to Sterling, and England were 1-0 up.

It might have been a popular decision too to take Sterling or Kane off before then, and there was a moment in the second half when Kane, floored by a challenge with Mats Hummels, looked like he might not be able to continue. But Southgate stuck with them both and by the end both men had rewarded him with a goal.

The second came when Shaw, relentless throughout, stole the ball from Serge Gnabry, drove forward, and again combined with Grealish down the left. Grealish — for the second time at this Euros — played a perfect cross and this time there was Kane to head it in.

Kane celebrated with the relief of a man who had earned a vindication of his own. This was his first goal of Euro 2020 in his fourth match and finally, his campaign is underway. There were plenty of other players out there, celebrating gleefully at the end, who might look back on this game just as fondly. This was the moment when they faced one of the biggest challenges of their international careers and found deep reserves inside themselves to meet it. That was true of every England player today, and to list the players who did this is simply just to look down the teamsheet.

But none of those personal vindications was anything compared to the one earned by Southgate. He is too humble to speak in these terms but this much is true: this was his test, his gamble, his team, his game plan, his system, his substitutions and ultimately, his triumph.